Counter Strike is it experiencing a turning point? While the game seemed to trace its increasingly competitive system on the ATP World Tour, there is a mad proliferation of tournaments. In 2014, the season, according esportearnings included about 155 events with endowments. In 2015, there are more than 320 similar events!

In addition to increasing the pace of competition, many organizers want to create THE league. What about ESL-ESEA, Faceit, Cevo or TBS? They all want to create a championship with a regular season, the playoffs where the top teams compete each week. In one year, supply has doubled and is so important that professional teams are beginning to choose the competitions they wish to participate. The danger ? There could be a split of the circuit in several championships. In its history, the sport has experienced a similar situation. There are still a few years in the NBA would coexist with a rival league, the American Association of Basketball. But who still remembers the AAB today? The picture is clear: without an official circuit, the figures of the number of games played take off. 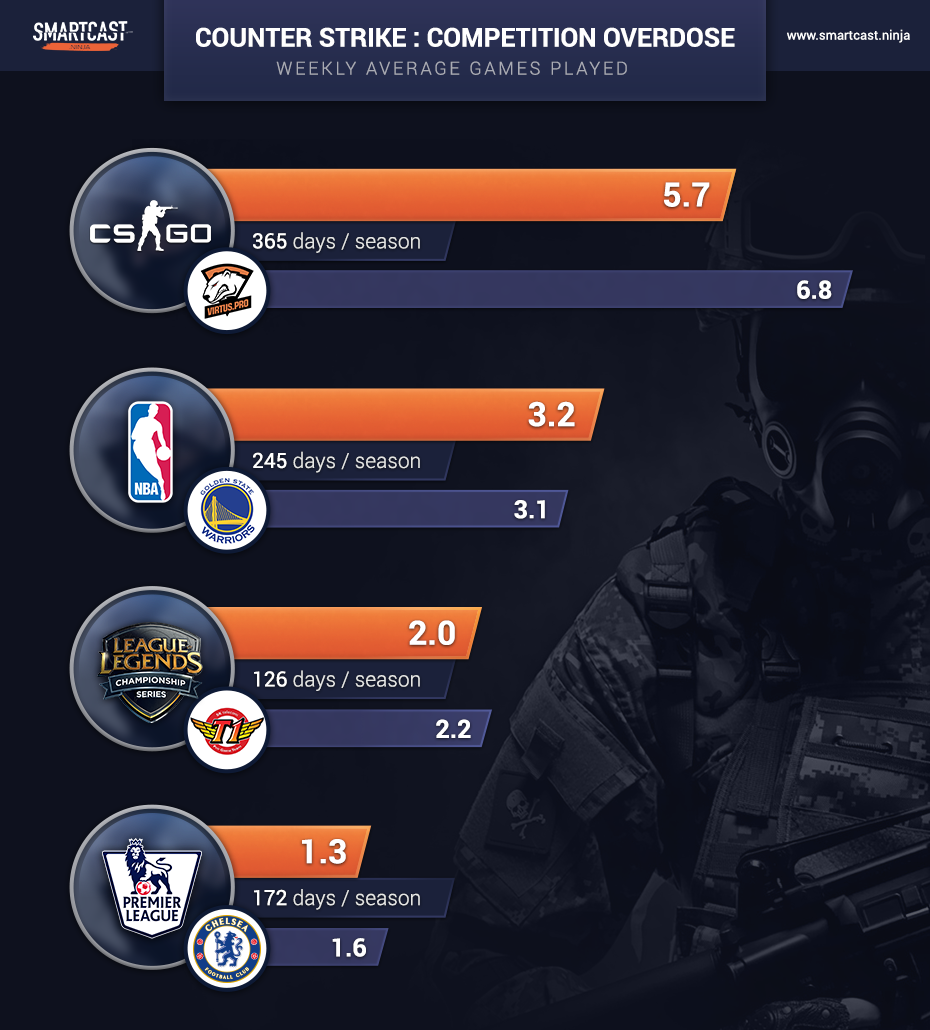 A rather edifying comparison. Especially when highlights of the 2015 season Virtus.Pro 357 games in a year, a ratio of 6.8 games per week! This is twice as many as Basketball. An unsustainable pace that imposes choices.

Now a solution is moving towards a system of distribution: Majors / Minors for professional teams. It’s that balance that recalls the model of the ATP World Tour tennis. But Counter Strike has its own characteristics by mixing in a season of off-lines tournaments that take place all over the world and several championships online.

A model, therefore, quite different from the traditional sport and calls. Between the time for travel and competition, what time is left to the players to train or just relax? Recent injuries to star players like Olofmeister or Guardian aren’t they the result of too much intensity? Are players paid accordingly? Finally Does there not a risk of trivializing large posters? What makes the taste of big games like classico or a final between Djokovic and Federer ? This is its rarity! Imagine what kind of game occur too frequently would lose its prestige and weary public.

Next season will be crucial. If Counter Strike is to survive and preserve its talents, its circuit must evolve. Many organizers will attempt to become the referent league, but many will leave feathers…